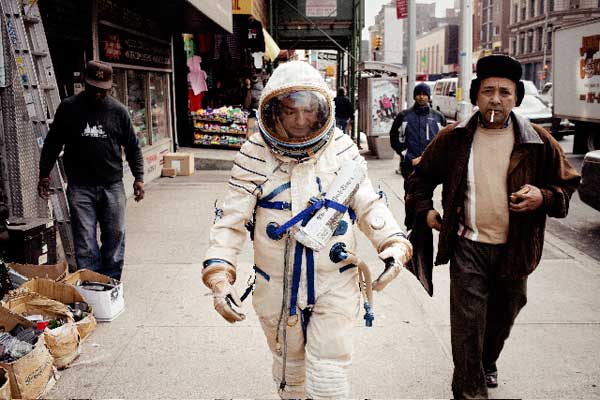 It is already more than 40 years ago that the first man set foot on the moon. Since that date, not one female astronaut or cosmonaut has been able to follow in his footsteps. What would happen if the first inhabitant of the moon were a woman? Or, at least, the next visitor there?

Alicia Framis’ long performance and installation Lost Astronaut addresses this question. During the Performa 09 festival in New York, she founded a temporary organization, the Moon Society, manned by her own alter ego. As an ironic protagonist, clad in a space suit, she investigated the feasibility of a colony on the moon. With this action, Framis placed a female perspective against the militarist and political agenda of international space programs.