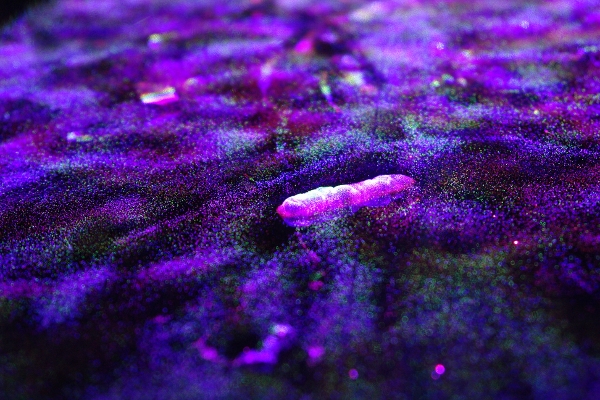 Memory Vapor, 2012
Leonardo/Olats, in collaboration with IMéRA, organized in June 2012 a two day workshop on the theme “Water is in the Air” as part of the StudioLab European project.

Though initially intended for studying cloud nucleation, the cloud chamber accidentally lead to the pivotal discovery of cosmic rays: a continuous cascade of subatomic particles, arriving to Earth from outer space. In Domnitch and Gelfand’s latest artwork, ‘Memory Vapor’, the ephemeral condensation trails seeded by these particles are scanned and illuminated by a white laser sheet, transforming the cloud medium into a dynamic prism that vastly extends the spatio-temporal resolution of particle trajectories.