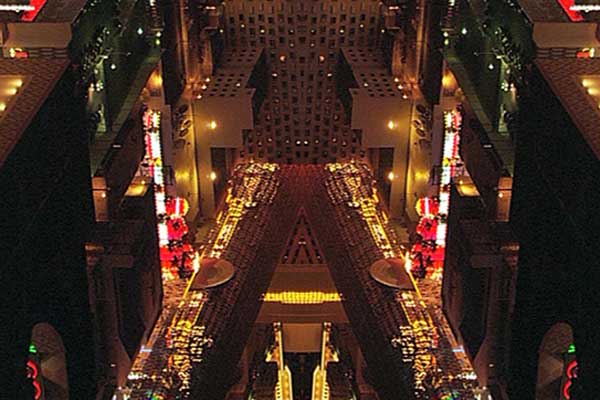 The City of Lights; Sin City.

Strange space ships seem to be floating through the universe, until the camera zooms in on buildings and architecture, glitter and kitsch. In an almost hypnotic way, some of the city’s pure beauty and madness is revealed.

Like in several of his earlier works such as ‘Suspension’ (2007) and ‘Bataille’ (2003), Flemish artist Nicolas Provost uses a simple mirroring technique to influence the meaning of the original images. He literally and conceptually introduces duality, balancing truth and invention, the figurative and the abstract.